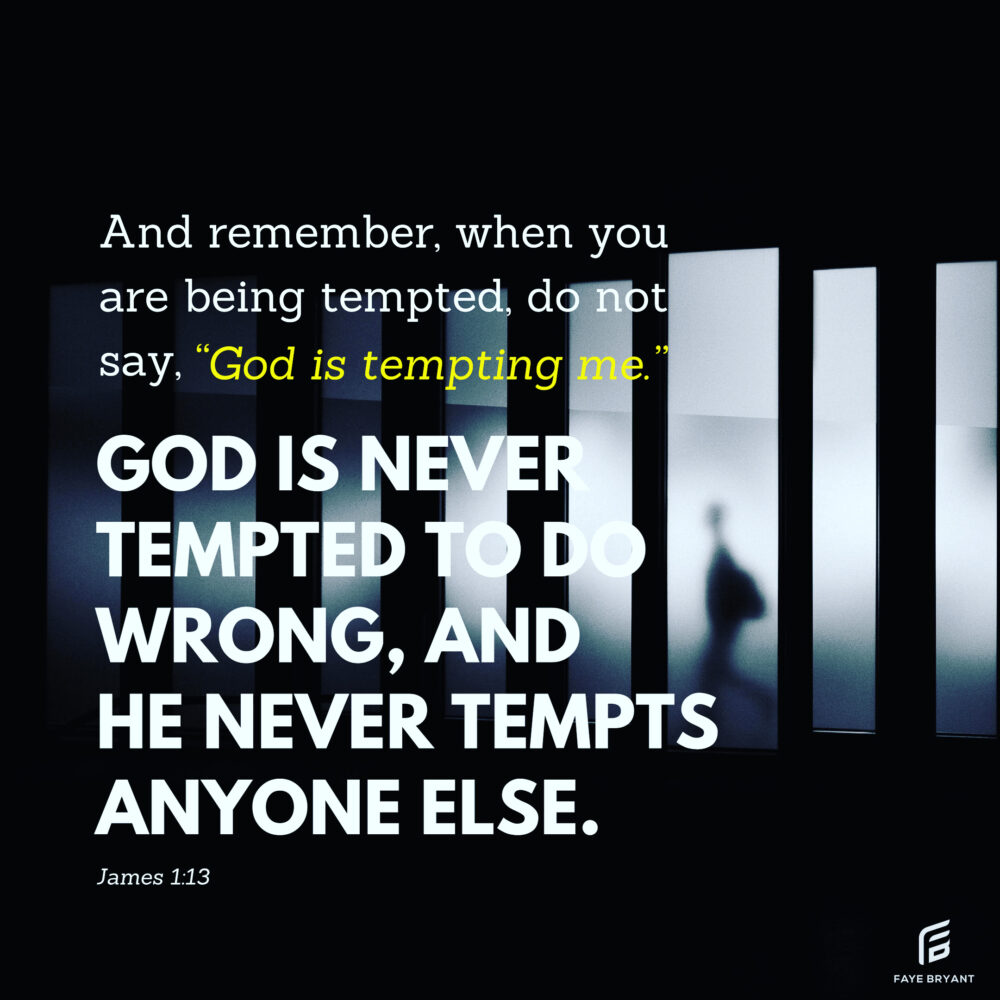 Humans don’t like to claim responsibility for things that make them look weak or shines a poor light on them. We think being tempted is shameful and wrong.

Jesus was tempted. Was He shameful or wrong? I think not. The temptation is not the sin. The following up on that temptation is where the wrong lies.

Even worse is to attribute the source of that temptation to God. He does not, will not attempt to draw people into sin. He is always, always drawing people to Himself, which would be contrary to temptation that would cause them to to endure separation from Him.

We must recognize the source of our temptation to either be our own humanity, our flesh, our flaws working toward our pleasure with no thought of God or His will OR the temptation is an attempt of the enemy of our souls to keep us from the presence of Almighty God.

When we recognize what temptation is and what it does, it’s easier to deal with where it comes from and turn away from it. We will understand that the temptation is not wrong or shameful. It is another opportunity to walk the Kingdom walk, growing and maturing in Christ when we see the temptation and turn away from it to God. It’s an opportunity to rule over our flesh rather than giving in to it. We get to choose who or what reigns over us: our temptations or our God. We must choose well.

Believer, if you struggle with feeling like you’re a bad Christian because you face temptations, stop. Just stop. That’s wrong thinking. Our Savior suffered the direct attack of the enemy through temptation and He was without sin. The temptation was not the sin. Acting on it would have been. If you keep feeling tempted, understand that your faith is under attack. Either your flesh or your enemy is forcing you to choose that temptation over God. Choose well.