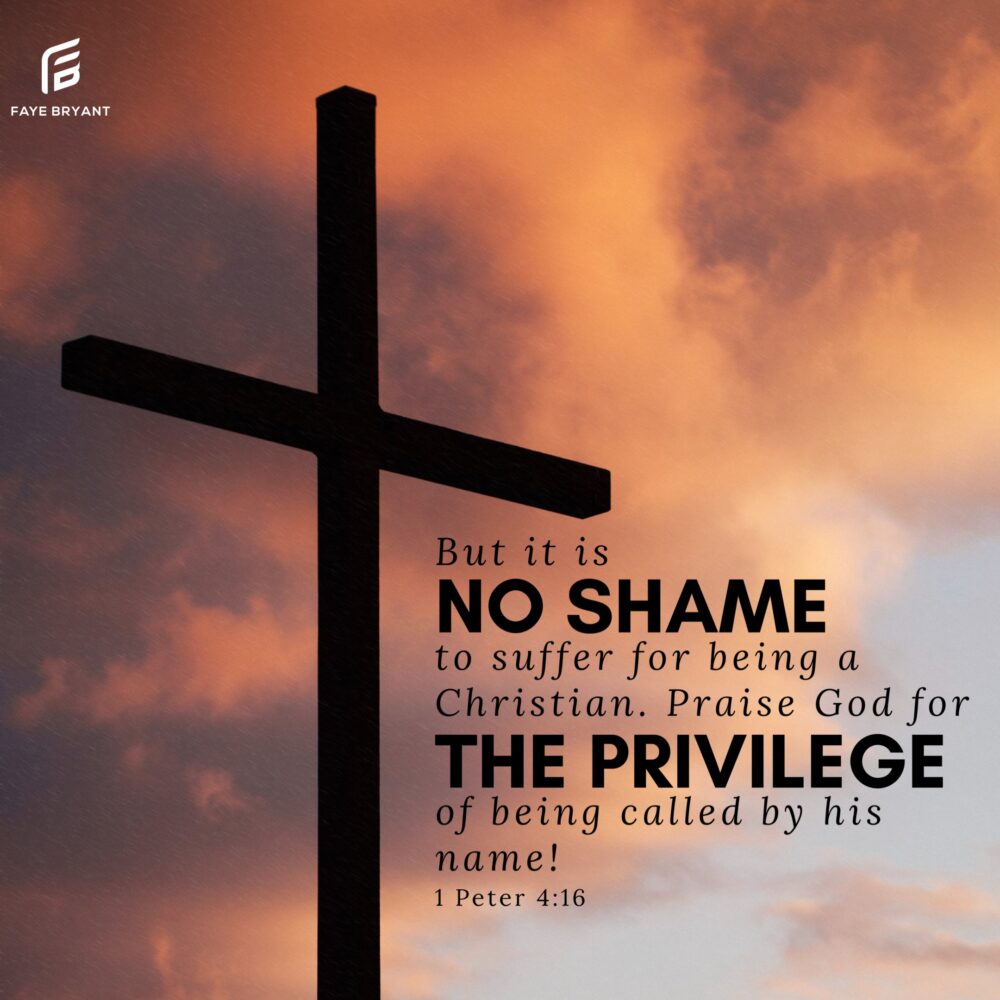 Somehow over the millennia since Peter wrote this letter to believers in Asia Minor, we’ve come to think that believers in Jesus Christ will not suffer indignity or persecution of any kind. We’ll all be happy, healthy, and wealthy.

If only that were true! When Peter penned these words, believers lived under a death sentence. It was sport to torture and kill them. They were collected and imprisoned for their belief in Jesus, then used as fodder to see who survived, the lion or the man.

Why should anything be different today? Even in our “tolerant” society, people are ridiculed for their faith. In some places they are hunted and imprisoned, some are killed.

Why do we think mankind without Christ has changed so drastically? Did those believers not have the same scriptures we do? Did they not call on the same God?

The truth is, bearing the name of Christ is a privilege and it is given to those God knows can bear it well. We don’t think having to endure poverty or sickness or abuse or any sort of suffering as a badge of honor, but God says there is no shame in it. We don’t suffer those things because we’re doing something wrong.

We suffer those things because we have chosen Right. We have decided to walk in the Way, the Truth, and the Life, knowing that no man, woman, or child comes to the Father except through Jesus. Simply by wearing His name, we are set up for ridicule from those who have no understanding, and there is no shame in that.

Chin up, Believer. Walk with pride in the One who called you, regardless what comes your way: taunts, jeers, poverty, abuse, sickness… whatever. You get to wear the name of the Savior, the Messiah! You GET to bear His name!