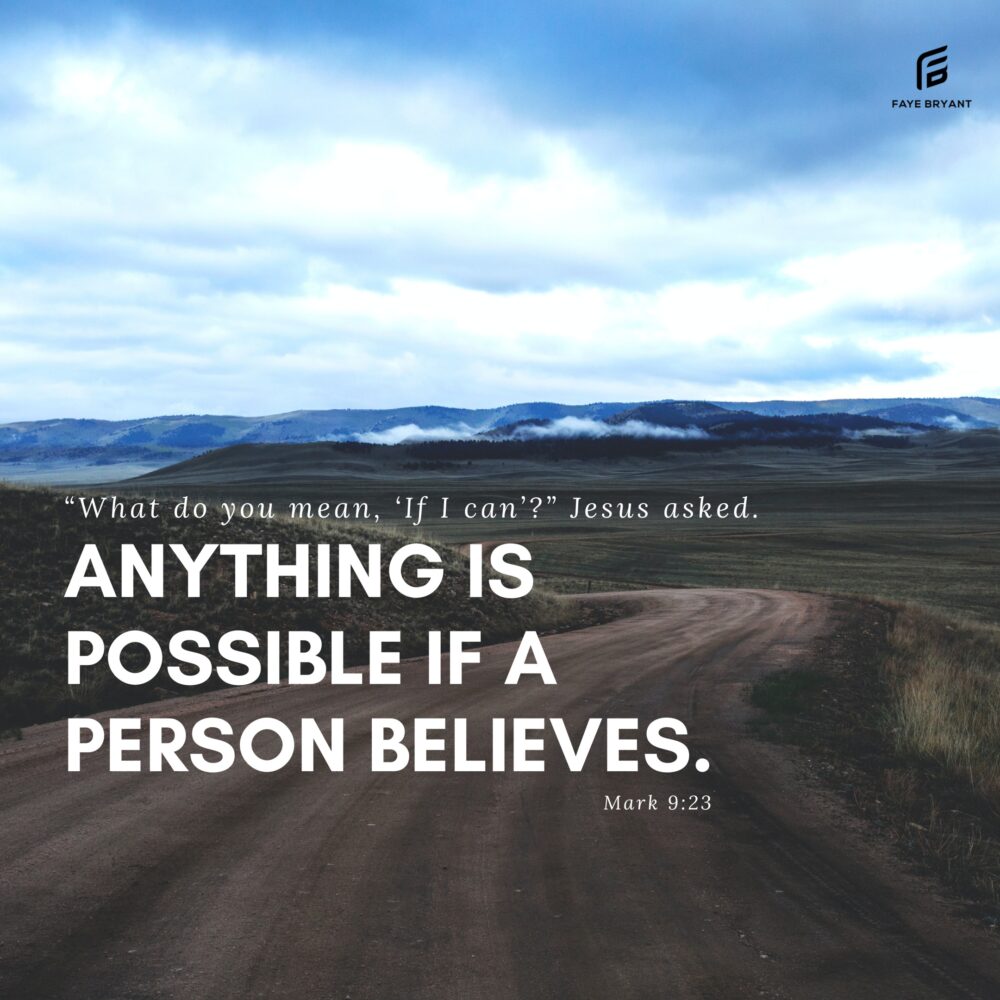 The father walked up to the Man, leading his son to meet this One who might be able to help him. The boy had spent most of his life dealing with convulsions that kept him debilitated and unable to truly live his life.

The father spoke to the Man, saying that he had heard of the miracles He had done and thought He might do something for the boy, if He could. I imagine his voice shook as he stammered out his request.

The Savior quickly told the dad, that anything can be done by those who believe, to which the father answered, “I believe! Help my unbelief!”

Our Lord is capable of doing all things, anything, everything, because His belief in God – in Himself – is unyielding. Ours, not so much.

Oh, we think we believe in God. We can say that we believe God. (Two different things!) Yet when push comes to shove, we prove differently.

Don’t get me wrong. I believe God put physicians on this earth, giving them the brilliance to learn the human body and mind, to learn how to care for it and what medicines would help. I mean, who would have thought to boil that particular bark to relieve pain? It is not wrong to go to doctors for treatment.

But where do we go FIRST when we’re sick or hurting or our minds are overwhelmed? Who do we seek when something isn’t right within us or our family?

This father waited until he knew of the God with skin on, Jesus, before he took his son to the Creator. Let us choose differently. Let us operate our faith by taking ourselves, our children, our parents, our dearly loved to the Father without being able to see Him. Let’s trust Him to fully guide the healing process. Let’s believe God is who He says He is and that He will do what He says He will do and prove that by putting action to our belief.

Understand, Jesus acted instantly. There was no waiting years for an answer once He was consulted. If you’ve turned to God for answers for health and haven’t received healing yet, it is entirely possible God’s direction is to allow humans to be involved in your care. Don’t prolong because you haven’t received it from His hands directly. Trust that He will touch you through the human hands He has gifted with healing.