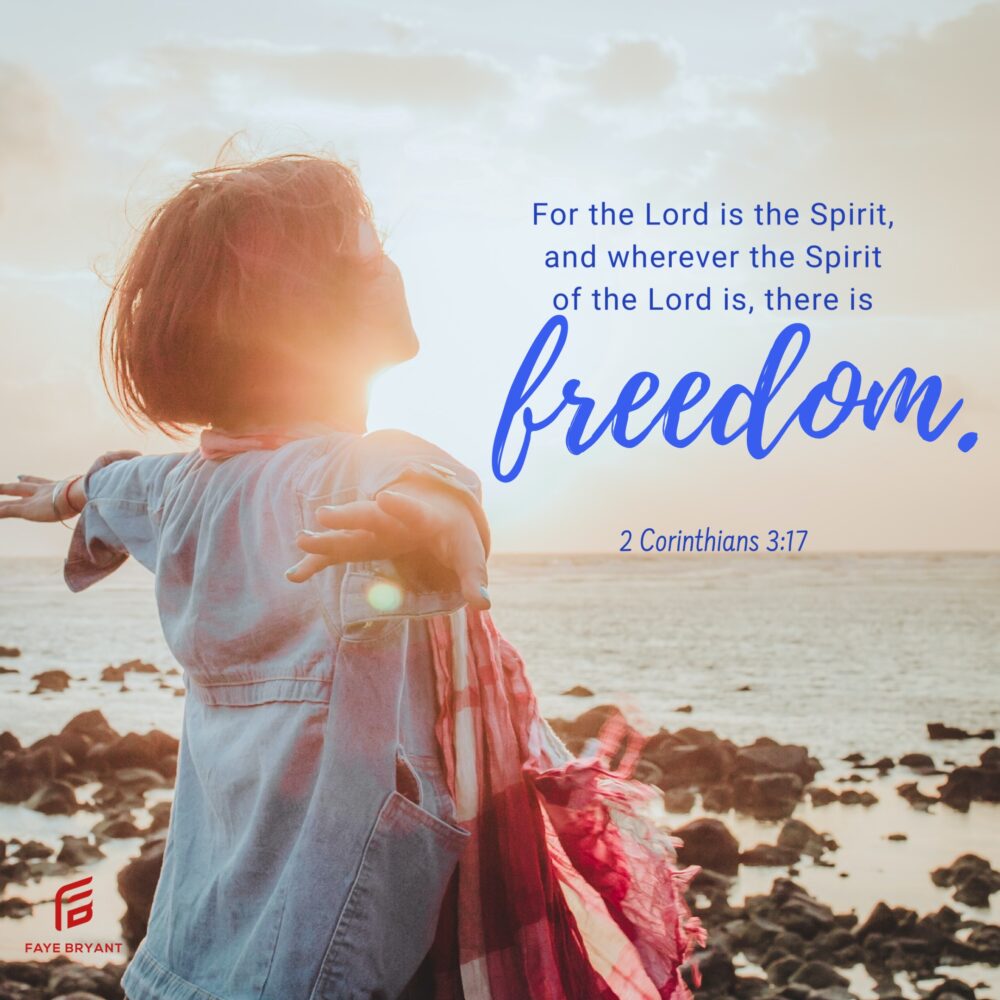 Paul was addressing the believers in Corinth, telling them about the glory of the new covenant.

They knew about the old covenant, the sacrifices to be made at the Temple, how the Lord’s presence rested on that hallowed building, and that it was the only place where people could get near the Lord’s presence to receive forgiveness, redemption, and restoration.

Paul described the people as having a veil over their faces when it came to the old covenant, that their hearts were hardened to it, keeping them from understanding the truth.

This veil, Paul says, could only be removed by the person’s faith in Christ, and in that faith is true freedom.

See, in the days of the Temple, people had to travel to it in order to experience God’s presence, which they did from outside the building. They only saw the evidence that He was there.

Believers in Jesus understand that God is Spirit. He’s not a man that exists on one plane. He is God, who exists on every plane all the time. He is spirit, unaffected by location or barriers. He is everywhere, all the time, and His presence is evident in us who believe.

AND!!! And… we reflect Him! We are mirrors that show off God’s glory when we allow Him to change us and mold us into Christ’s glorious image.

What????? Yep. We get to show off Jesus in all His glory as we live and walk and talk allowing Him to change us from humans directed by sin and flesh into believers directed by God Himself.

Let’s rip that veil off today, y’all. Let’s go with the changes God wants to make in us so we are changed into Christ’s glorious image.