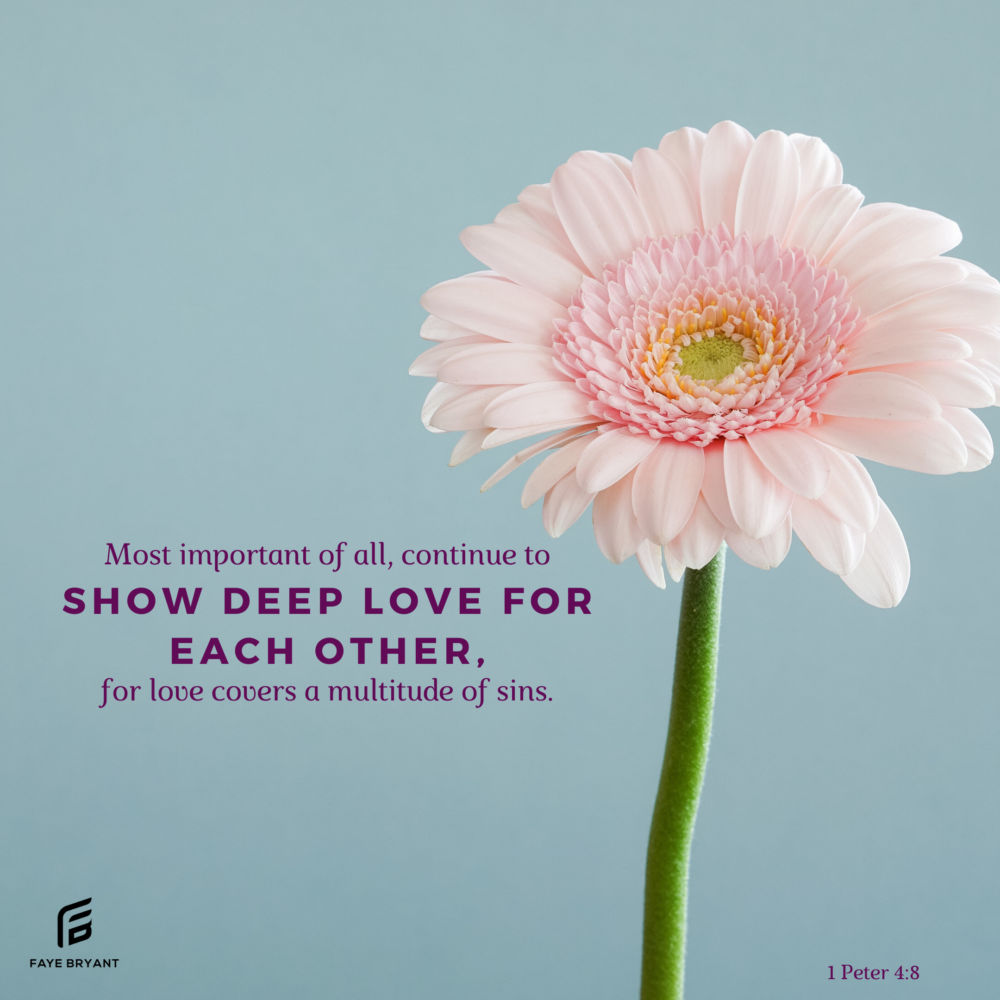 Peter, the apostle who had denied Christ three times then received the three-layered forgiveness and calling, the guy who walked on water with Jesus, the fellow who preached a message and over 3,000 received salvation, wrote to believers, homeless because of escalating Roman persecution.

He told them that above all they must show intense, fervent, unfailing love for one another. God showed him that the community of believers loving one another was of utmost importance. With torturous death looming over them, knowing the love and kindness of fellow believers was paramount.

We need that love and kindness of fellow believers today as much as those to whom Peter wrote.

That last part, “love covers a multitude of sins” sounds like it’s saying love hides a bunch of sins, doesn’t it? That’s not it at all! Part of loving another person is forgiving their offenses and letting those offenses go. It’s refusing to be selfish in the light of those wrongs, choosing to desire the best for that other person. Peter wasn’t saying that love lays a blanket over tons of sins and pretends they’re not there.

He was saying that the love that God expects OF believers FOR believers SEES all those multitudes of sin, FEELS all the hurt and FORGIVES the hurt/scared/angry person who did that. We aren’t meant to stuff down the hurts that come our way. God expects us to confront wrong among believers and deal with it. That’s the most loving thing we can do! When we do this, the Church – the worldwide community of believers – remains pure and the light on the hill that Jesus made them.

Believers, we have some work to do. We’re not collectively loving other believers as God described. It’s time to make some changes. There will always be followers of Jesus who think and act and talk differently than you. Some may have tattoos. Some might have piercings. Some will speak in tongues while others don’t. We who say we follow Christ must love every single one of them simply because they are family. Those who are the children of God are our spiritual siblings. Period.

Let’s get to loving them all the way we should.