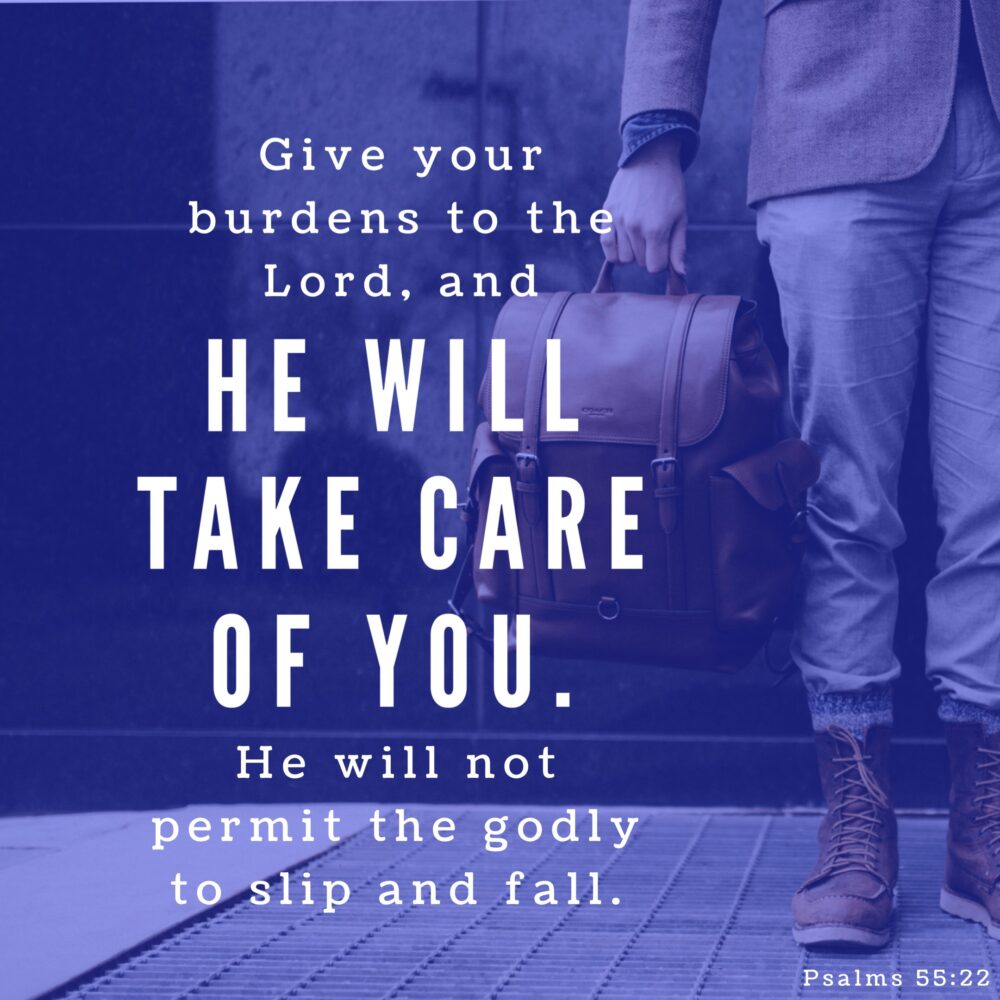 Give your burdens to the Lord. Sounds simple, right? Just set down what’s bugging you and you’re done. Boom. That’s it.

Then why are we walking around with all the weight of every yesterday of our past?

Could it be that we lay our burdens on the Lord, but then we hold on to them, keeping them close as though we’re not allowed to let go? Maybe we’re afraid that if we let go of those things, we won’t know who we are or where we’re going or what to do.

David seemed to understand this. His next words indicate so. “He will take care of you” other translations say “sustain you.” Sustain means support, give relief to, nourish, buoy up.

When we release these things, these burdens, these old thoughts, habits, and hurts, we won’t lose who we are, God will take care of that! He will hold us up and steady us as we start to walk again. He will nourish us, providing the filling that we need to replace the old pain and grief.

See, David wrote these words as he wrote of a friend’s betrayal. One who had walked with David intimately had turned his back, choosing to not only leave, but do horrible things that could ruin David, if not end his life. His heart was broken and anger filled him. That kind of wound is one that takes over.

David talked it over with God and realized that he had to hand all that over to God, because he was not equipped to handle it. He knew he had to release the weight of it to God because he was unable to bear it.

Are you ready to be free and live?