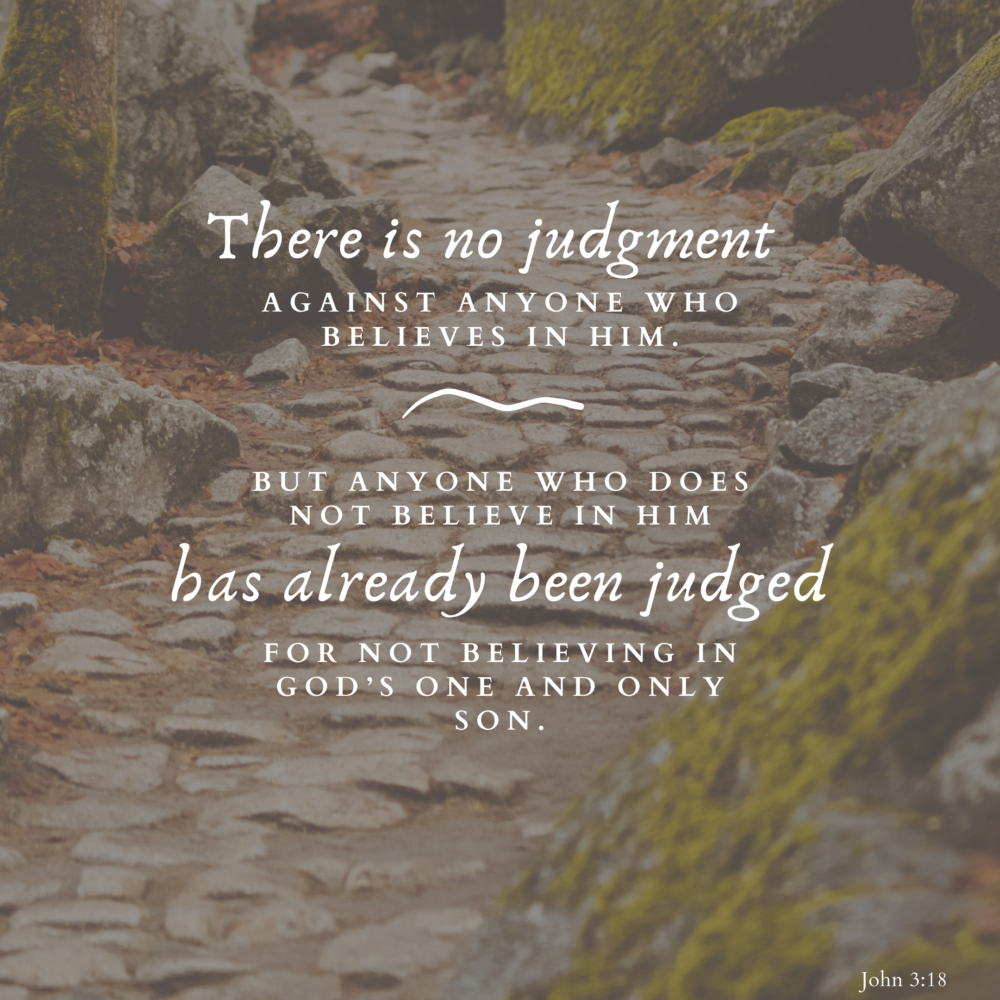 Some people read John 3:18 and think it shows that God really doesn’t love everyone unconditionally. I see it as God allowing mankind to choose their eternity. He has done all the hard work of providing the Way for people to walk away from that which keeps them from Him into a right standing with Him — an eternity free from condemnation.

Here Jesus drew a line in the sand making the obvious distinction between those who believe in Him and those who don’t. And ‘believe’ here doesn’t just mean head-knowledge. It’s much more. It’s belief that causes a person to cling to Him, to rely on Him, to trust completely in Him. The person who believes in Jesus this way will not be rejected or condemned, and will not incur damnation.

On the other side of the line are those who choose to not believe in Jesus this way. They have already been convicted and have already received his/her sentence of condemnation. Not because God doesn’t love that person, but because that person has refused to let his/her trust rest in the one and only Son of God — the One who is truly unique, the only One of His kind, the One who alone can save him/her.

This is the severe consequence of choosing self over Christ.

We want what we want. As babies, we said “I do it myself!” and we still say it, sometimes in more subtle ways. We don’t like letting anyone else have control over us, but that’s exactly what God requires – that we surrender to Him.

If we could ever get a picture of how much God loves us and how big He is — able to see all the past, all the present, and all the future at one time, we might understand that He really knows what is best for us. If we would recognize Him as the Almighty God, the Sovereign Lord, we might realize that it is His will that matters most, not ours. If we can get to that point, we will be able to surrender to Him completely and our eternity will be with Him.

You have a choice to make today. Will you give up the reign of your life to God? Will you believe in, rely on, trust in the one and only Son of God? It’s not hard. There are no magic words. Agree that Jesus is the Son of God and believe that God raised Him from the dead. Walk in the ways He did. Let go of control. If you’re unsure, let’s talk.