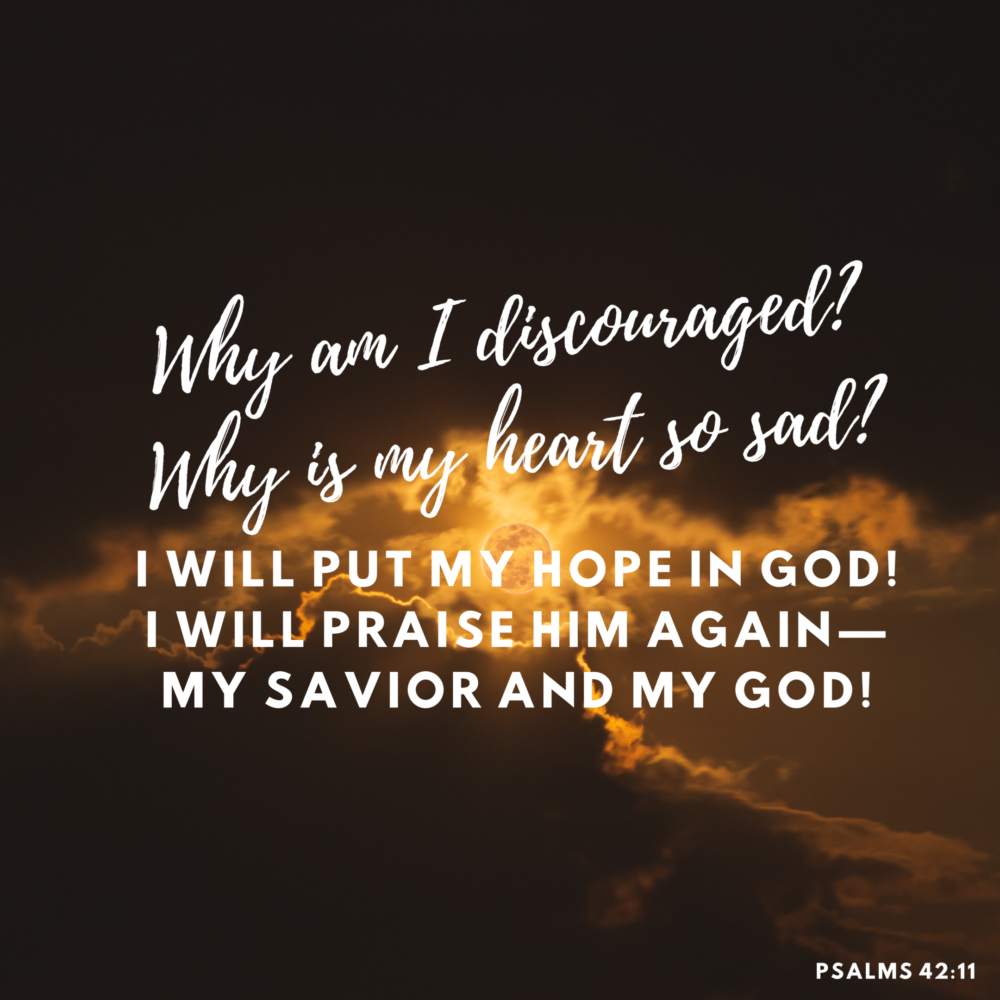 Chapter 42 of Psalms starts with the words many of us have sung in one form or another, “As the deer longs for streams of water, so I long for You, O God.” The psalmist is declaring his need for God as well as praise, asking when he can leave this world to go and stand before the Creator.

Reading on, we see that the enemies of Israel were constantly haranguing the people of God, asking “Where is this God of yours?” as though He did not exist. You know, it wouldn’t take long before that sort of harassment would begin to undermine one’s faith. The psalmist recognizes that and even expresses that, wondering why they have been abandoned by God.

Then, he declares not once but twice the thought that though he feels sad and discouraged by the constant onslaught of the enemy, he WILL put his hope in God AND praise Him.

We who are believers have a common enemy. It’s not the church down the street and it’s not the people in the other political party. It’s not anyone you look at. This enemy began his battle against God and His children (that’s us) before Adam was given God’s breath. He’s had tons of practice at decimating God’s people, and because so many don’t recognize what is happening, they participate in the downfall.

This verse should become our rallying cry against the one who comes only to seek, kill, and destroy.

It should be our line in the sand that we stand on and refuse to back away from. The best way to defeat this enemy is to look him square in the face as he attacks and speak these words. Then when he attacks again — and he will — speak them again, and every time after. He is relentless, we can be, too when we stand on the Word. Resist the jerk and he has to flee. He is a broken and defeated enemy, y’all. We must stop letting him have any say-so in our lives.

Let’s learn this verse today, not only as a memory verse, but deeper. Let’s let it permeate deeply into our mind and heart. Let’s let it govern our response to situations that are most definitely attacks from the enemy — and those that aren’t so clearly so.