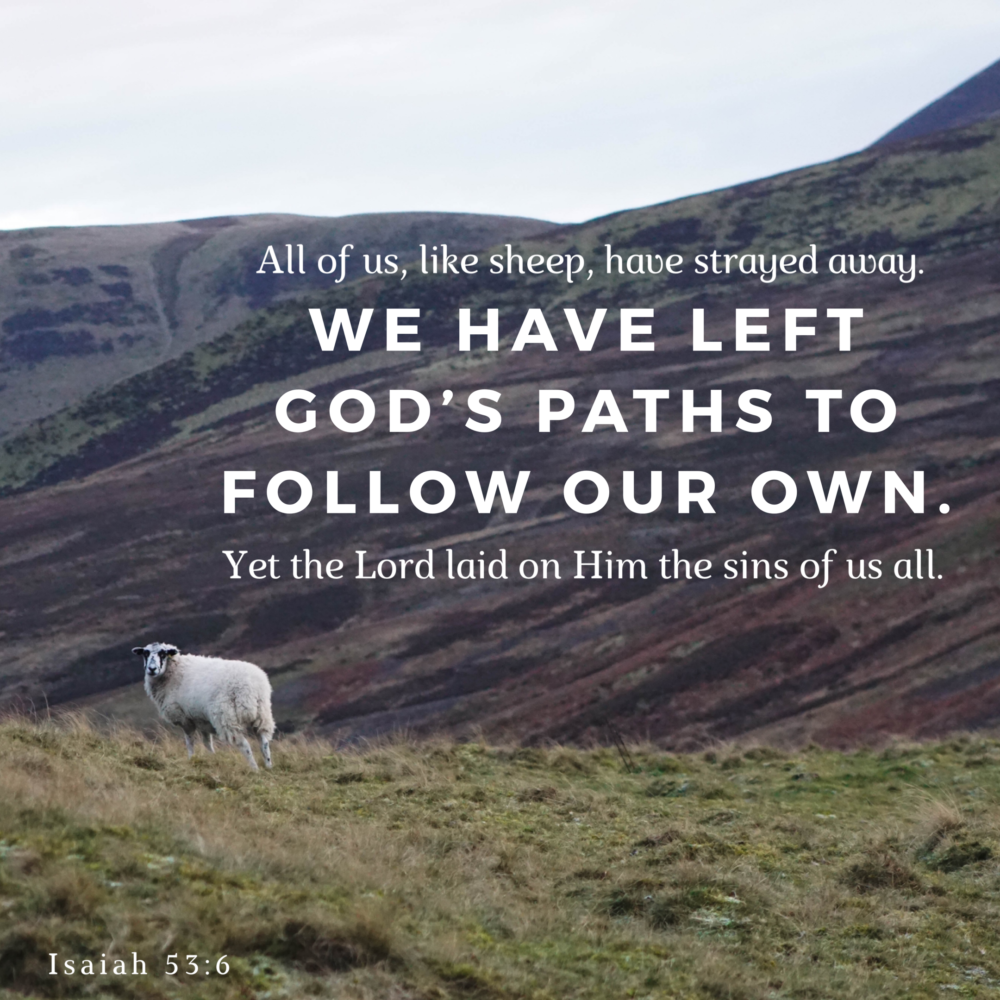 Adam and Eve started it. Since then, we’ve all gone astray. Sheep tend to follow their senses. They see something they like, they smell something enticing and they follow it. Sometimes the thing they see or smell is good stuff, but the leaving the shepherd’s protection takes them to places and consequences they aren’t prepared for.

Romans 1 tells us we have seen the truth about God and that we have no excuse for not knowing God. That’s pretty harsh, yet it’s truth. Still many choose to follow their senses and seek what feels good instead of what IS good. That’s going astray. That’s choosing to reject God. That’s sin.

We do love our independence! By age two we’re saying, “I can do it myself!” We choose our own path to follow, not caring that God’s path is better. Astray is an apt description of us.

Rather than just annihilate mankind, God made a way for those who would to be reconciled to Him. To return to Him. He did that by coming to earth, fully man, yet fully God. Jesus. He walked and talked, worked and loved like the rest of mankind, but He remained one with God, never shifting His gaze to another god, never choosing self over God.

Even so, God punished Him as though He had done that and more. He took every sin of all of us for the rest of time and placed all of them on Jesus, then sentenced Him to death for it. Every lie, every act of adultery, every gluttonous act, every sin. Taken from us and placed on Him. How could He bear it? Why would He bear it?

God the Father, God the Son, and God the Holy Spirit love you and me. God longs for a relationship with you. He doesn’t want you to have to face the consequences of rejecting Him. He has done everything necessary for your redemption, all you have to do is accept it as yours and live as a follower, obedient to the teachings and example of Jesus.

Have you done that? If not, right now is a stupendous time to do it. Recognize God as God and Jesus as Lord. Admit that Jesus died for your sins, then rose again. Speak that truth aloud. Follow the truth found in the Bible. Return to the fold.