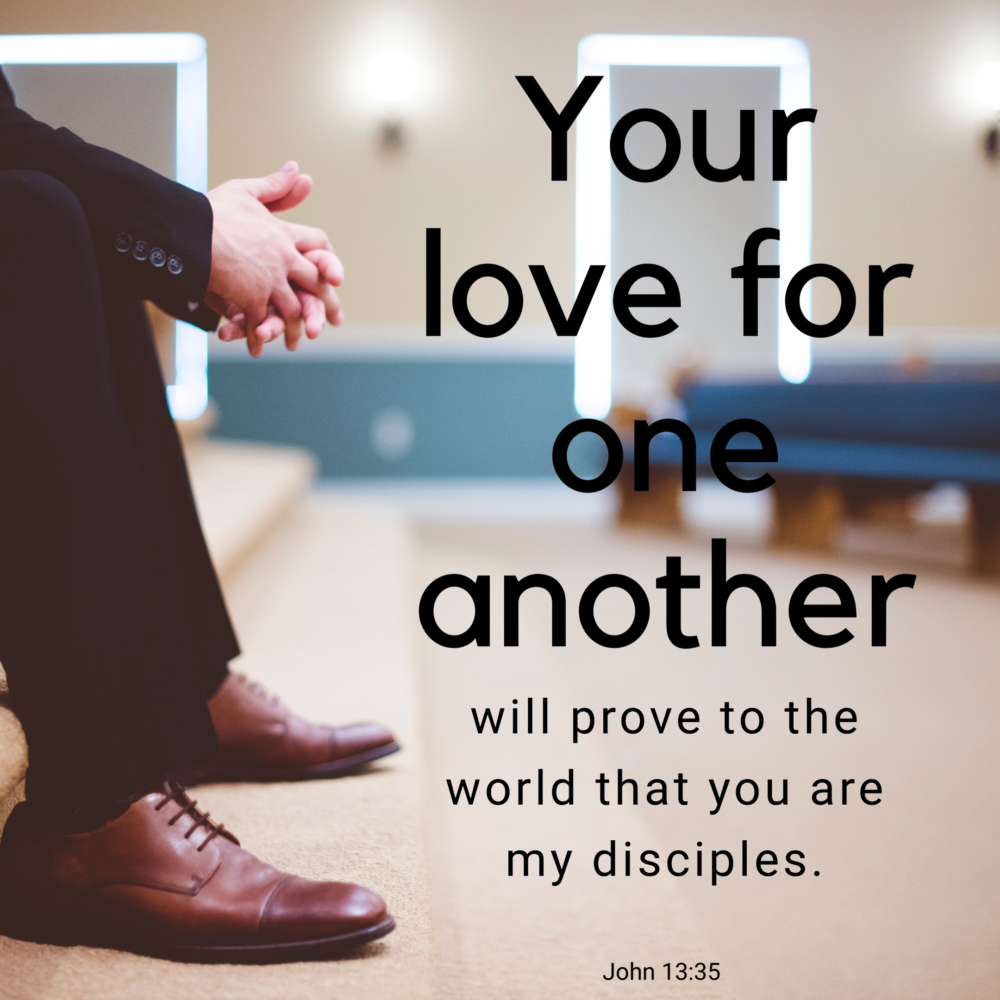 John 13:35 both haunts me and fires me up. In Acts, the church did exactly what Jesus said here and the result was exponential growth of the Kingdom of God. Today, the Church does not do this and we see the enemy having a heyday.

In Acts there were no denominations. Only those who followed Christ and those who did not. Now we who say we are His disciples are divided among many denominations, dividing the Church. We are adamant that “our” way is the right way, when the things that divides us is not whether or not Jesus died for our sins and rose again to give us life, it is whether we’re to be baptized as a child or adult, it’s whether we’re to be dunked or sprinkled, it’s whether we’re to follow this calendar or that, use this Bible version or that. And when “they” are doing their thing, we’re loudly condemning them for it.

Just recently there’s been a hue and cry against a Bible teacher mainly because she was permitted to speak and teach scripture to women and men. She was mocked and told to go home by many pastors and preachers who don’t even know her. They said these things publicly without approaching her according to Matthew 18. This sort of thing doesn’t prove that someone is trying to keep the Church pure and following Jesus, it proves that we don’t know Him at all much less follow Him. It reeks of cherry-picking which scripture to follow. And it causes the lost to double down on their decision to not be a part of that mess called the Church.

It’s high time we celebrate the churches around us. That other church is having an event, let’s help publicize it. Let’s celebrate their victories, let’s join with them in prayer and work.

We have forgotten that our competitor isn’t the other Christians around us, he is an ancient enemy who seeks to steal, kill, and destroy. Unfortunately, some who say they are believers seem to be joining in his effort.

It’s time to stop. It’s time to believe what Jesus said here and get to work living it out. No more trying to outdo the church down the street. No more talking about how you’ll be in heaven for sure, but those people won’t because they don’t believe like you. It could be the other way around.

Let’s look at how we act toward other believers today. No more putting it off. Do we love them? In word AND deed? Do we truly love those of the other denominations? Let’s determine we’re going to be the kind of Jesus-follower that proves to the world that we are His.