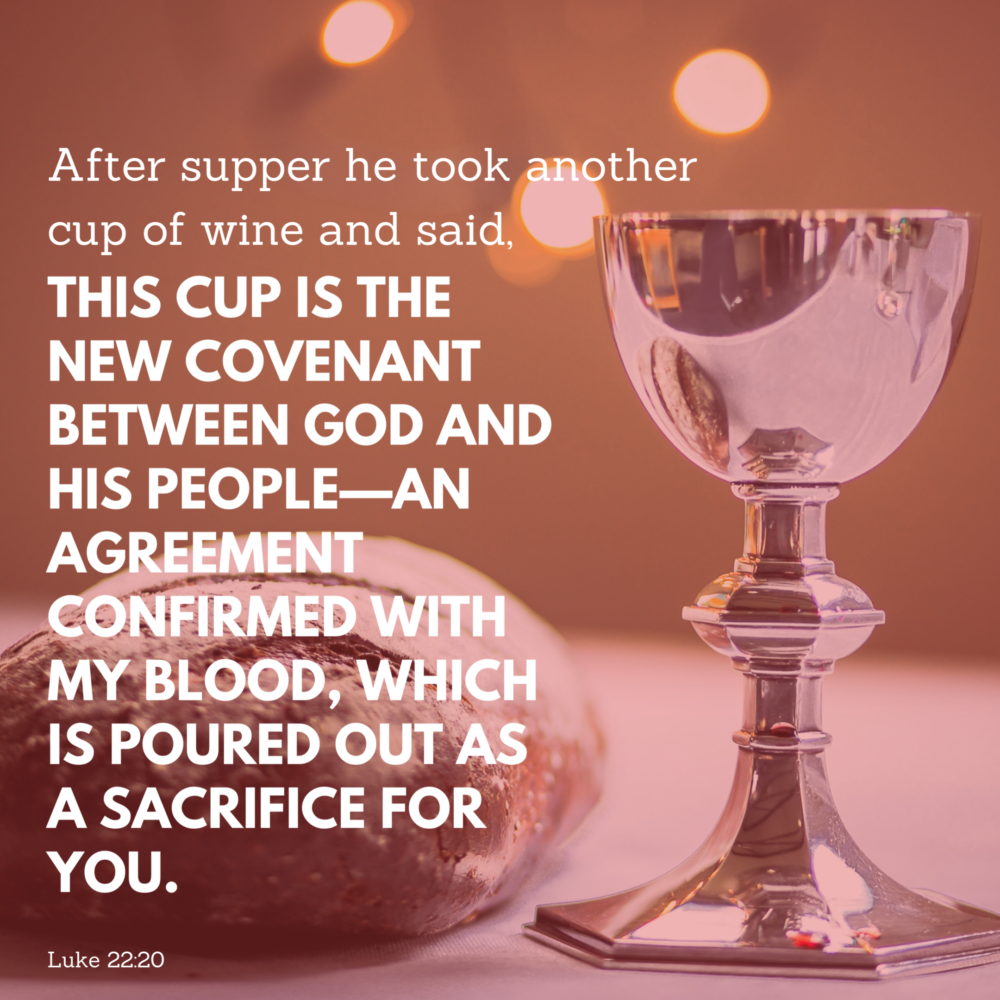 Jesus was what we would now call a highly observant Jew. He went to synagogue, studied Torah and Tanakh, and celebrated the holy days. Matter of fact, it was during the first night of Passover, that he spoke these words, using the elements before him on the well-known, well-understood Passover table.

The bread he broke was the unleavened Passover bread that had been hidden at the start of the Seder, known as the Afikomen. This cup that He lifted was the third cup, known as the cup of redemption, traditionally lifted after the telling of God’s rescue of Israel from Egypt.

Friend, these things at the Last Supper of Jesus didn’t “just” happen. They weren’t willy-nilly. These actions were planned before mankind was created. (Try to get your mind around that!)

Instead, He chose the cup of redemption. He chose to share that cup with his followers. He showed them – and us – that we can be delivered, but we’re not complete until we are redeemed – bought back, removed from where we were and moved to where we are meant to be.

Jesus did much more than explain that this wine represented His blood and body, He showed His followers that Redemption was at the table, and it wasn’t that given their ancestors. We need to realize that as well. We need to fix our eyes on the Son and recognize that He alone is our redemption. He has bought us back, redeemed us, through His sacrifice on Calvary’s hill.

Let’s see His grace today. Let’s accept His sacrifice for us and choose to follow Him all our days. Let’s join Him in this new covenant. No more waiting. No more.

You can sit in on a special Passover done by Jews for Jesus right from your own home. They are not doing one tonight as they will be in their homes enjoying their own family seders. Thursday, however, they will present these at 2pm, 8pm, and 10pm. It’s amazing to see how every element of the Passover from the days of the exodus from Egypt show Jesus the Messiah. Click here and register: https://jewsforjesus.org/christ-in-the-passover-online