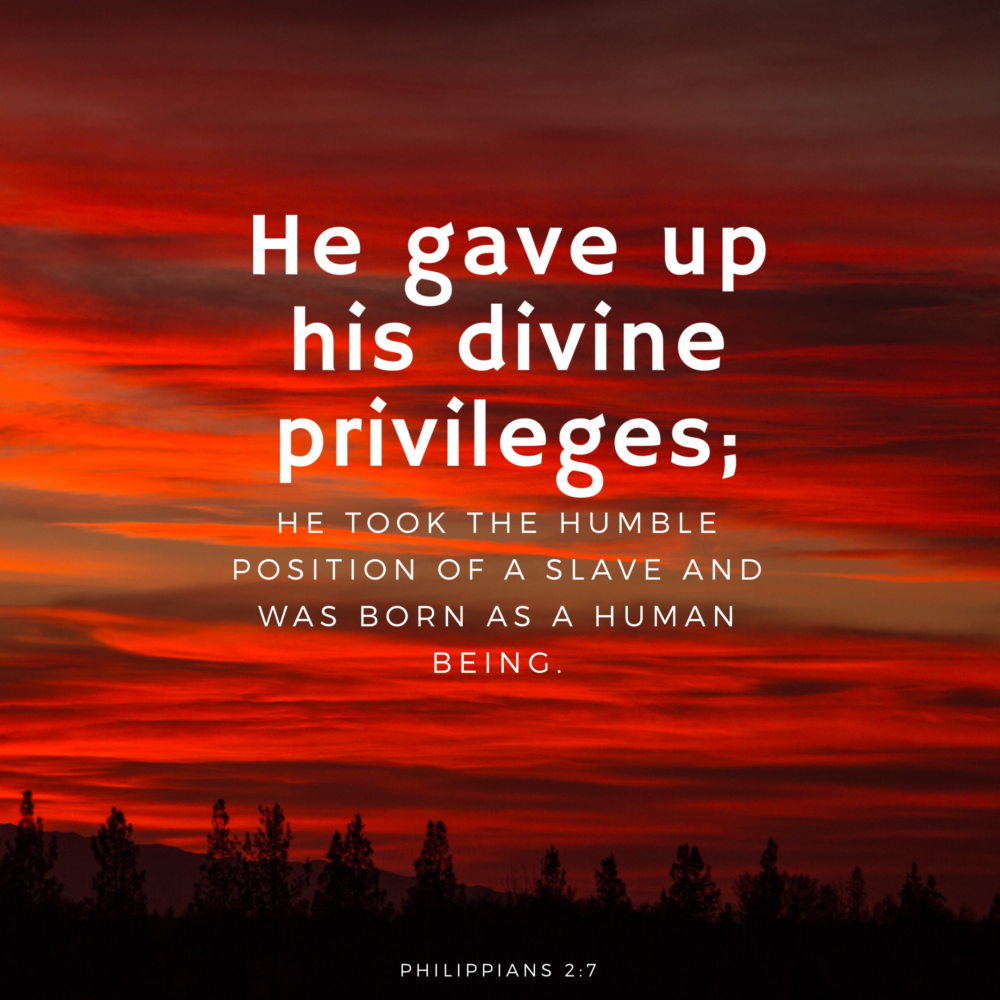 We really have no idea what Jesus walked away from to come to earth. We just don’t.

Let’s look at the Amplified Bible’s version of Philippians 2:7 and see what the original language translates to in its fullness:

“… emptied Himself – without renouncing or diminishing His deity, but only temporarily giving up the outward expression of divine equality and His rightful dignity – by assuming the form of a bond-servant, and being made in the likeness of men – He became completely human but was without sin, being fully God and fully man.”

See? Can you wrap your mind around the giving up the outward expression of divine equality and rightful dignity? I can’t. I can’t separate me that way. I can wear a mask and pretend for a bit, but I just can’t comprehend this sacrifice. I am forever grateful Jesus did this, though. Had He not temporarily given up so much, I could never be reconciled to God. What a gift!!!

Here’s a thought: There are times when we step down from a role, whether by compulsion or choice. Once we’re out of that role, it is sometimes quite difficult to not see ourselves as that person in that role. To walk around without that respect and/or authority is downright painful. To do it with grace and compassion, loving the people who don’t recognize you for who you are or what you’ve done? That’s Jesus. He didn’t allow this change in his outward expression of divine equality and rightful dignity stop Him or slow Him down in His mission and care for the people around Him – and He did it without sin.

Today, let’s look at Who Jesus is and what He did for us. As He walked among people, He was fully God and fully man. Let’s realize that He CHOSE to do this for us. Praise!