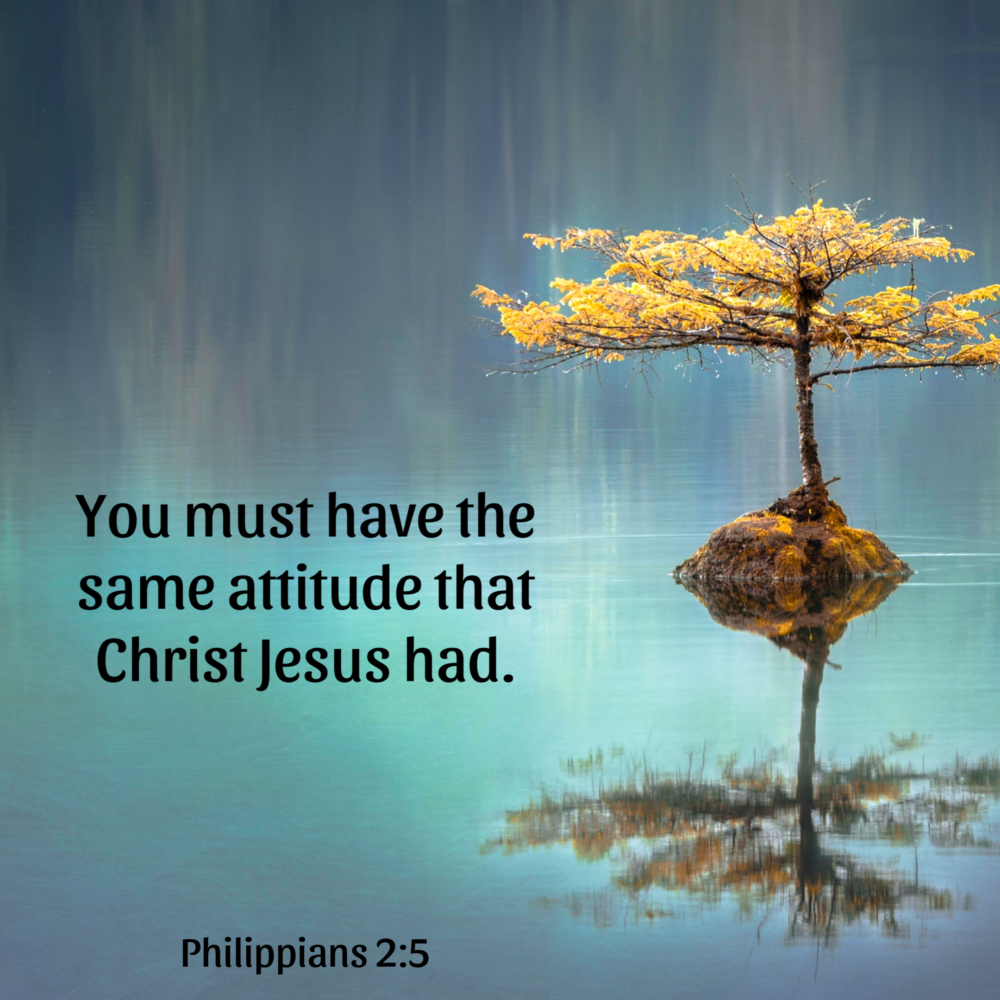 In this part of Paul’s letter to the believers in Philippi, he tells them to love one another and work together with one mind and one purpose. I believe that one purpose was making disciples – building the Kingdom.

Paul tells the believers that this love and shared purpose is the encouragement we have from belonging to Christ. It’s part of being in the family of God.

He goes on to say, “Don’t be selfish; don’t try to impress others. Be humble, thinking of others as better than yourselves. Don’t look out only for your own interests, but take an interest in others, too.”
‭‭
Then the instruction to have the same attitude that Jesus had as He walked the earth followed by a description of that attitude.

Jesus was God. From before time was, He existed. He was all-present, all-knowing, all-powerful. And yet, He gave all that up to become a man who could only be present in one place at a time. He chose to be aware of only what was going on where He was, deferring to the Father for further information. He became as limited by time and space as we are, wrapped up in a finite body.

He didn’t think of Himself as bigger, badder, or better than anyone else, even though He created those with whom He walked.

This is the attitude we should have. That we are not bigger, badder, or better than the people we see around us. To prevent the arrogance that seems to come naturally to us, we are told to see our fellow believers as better than us. Yet, we are on equal footing in God’s eyes.

We are all sinful humans in desperate need of a Savior. When we accept Jesus’ sacrifice for us, we become heirs with Him. Our sins are covered by His righteousness.

Still, we are no better than any other believer and no worse. As we all consider one another as better than ourselves, we are all lifted collectively in demeanor and hope. That is God’s plan.

I used to think because I didn’t have a past of hard living, my story didn’t carry the impact of those who did have one. I was wrong. My life, my story, just like yours, matters to God and His Kingdom.

Jesus knew who He was. He knew His real position, yet He remained as a man, accepting that role and walking in utter integrity his entire earthly life.

Let’s learn that. Learn our position in Christ and our divine purpose. Let’s choose to walk in that as we live, never seeing ourselves as better than those around us. When we know our position is real and secure, it is easy to look at our fellow believers to give encouragement and realize we’re working for the same purpose.

Shall we start today?

Faye Bryant is an author, coach, and speaker who helps individuals escape the lies of the enemy, live into God’s truth, and build a better life by first feeling, dealing, and healing their way through a stuck future or an abused past, toward a deeper path of purpose, and into the unhackable life of their chosen legacy. Hers is a story of resurrection: from death to life!

No need to compare

Who is YOUR shepherd?

How to Hold onto Hope