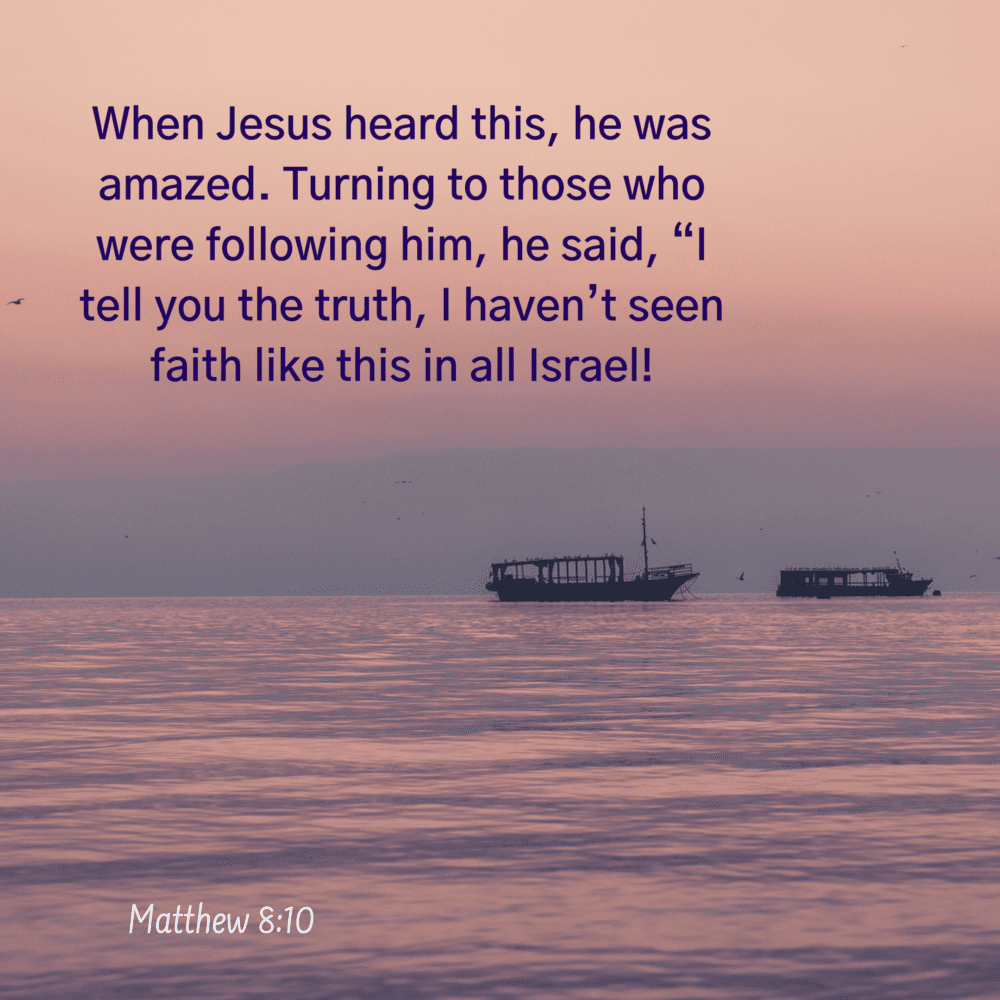 Jesus was in his home base of Capernaum. He logged a lot of hours in the town and surrounding area.

One day as He was going along, a heathen unbeliever, a Gentile, one of the oppressors walked up to Him. This Roman officer came up to Jesus and told Him about one of his young slaves. The boy was paralyzed and in great pain.

He came because he had heard that Jesus healed people.

This is important to notice because there is so much going on here.

This Roman officer is a slave owner, yet he cares for this boy whose very life he controls. His care isn’t minor, sending another slave to find Jesus and get help. No. It’s huge! He walks himself around the town until he finds the One known to heal.

When he found Jesus, he pleaded with Him. A Roman officer pleading? It just didn’t happen! The Romans were there as the conquerors. Whatever they said was law, jump to it!

Yet this guy came to Jesus and asked. He called Him “Lord,” and asked for help for the least in his household.

Jesus said he would come right away and do as the officer asked. (Whew! That’s a quick answer to prayer!)

This man of significant authority said that wasn’t necessary. He explained that He understood the chain of command and how it worked. A higher ranking officer gave an order and it was carried out.

The Roman officer told Jesus that he knew if Jesus just declared the boy healed it would be done.

This is some amazing faith! This man who had not grown up learning of God, who didn’t know the Torah or the prophets, had a greater understanding of who Jesus was than those who walked with Him day after day.

This man, this pagan Gentile, declared Jesus supreme. He said that no matter where Jesus stood, He could speak healing over the paralyzed boy and the boy would be healed. He proclaimed Jesus as Sovereign.

When Jesus heard this, he was amazed. Turning to those who were following him, he said, “I tell you the truth, I haven’t seen faith like this in all Israel!

I don’t know about you, but I want to be like that officer. I want my faith to be amazing to God.