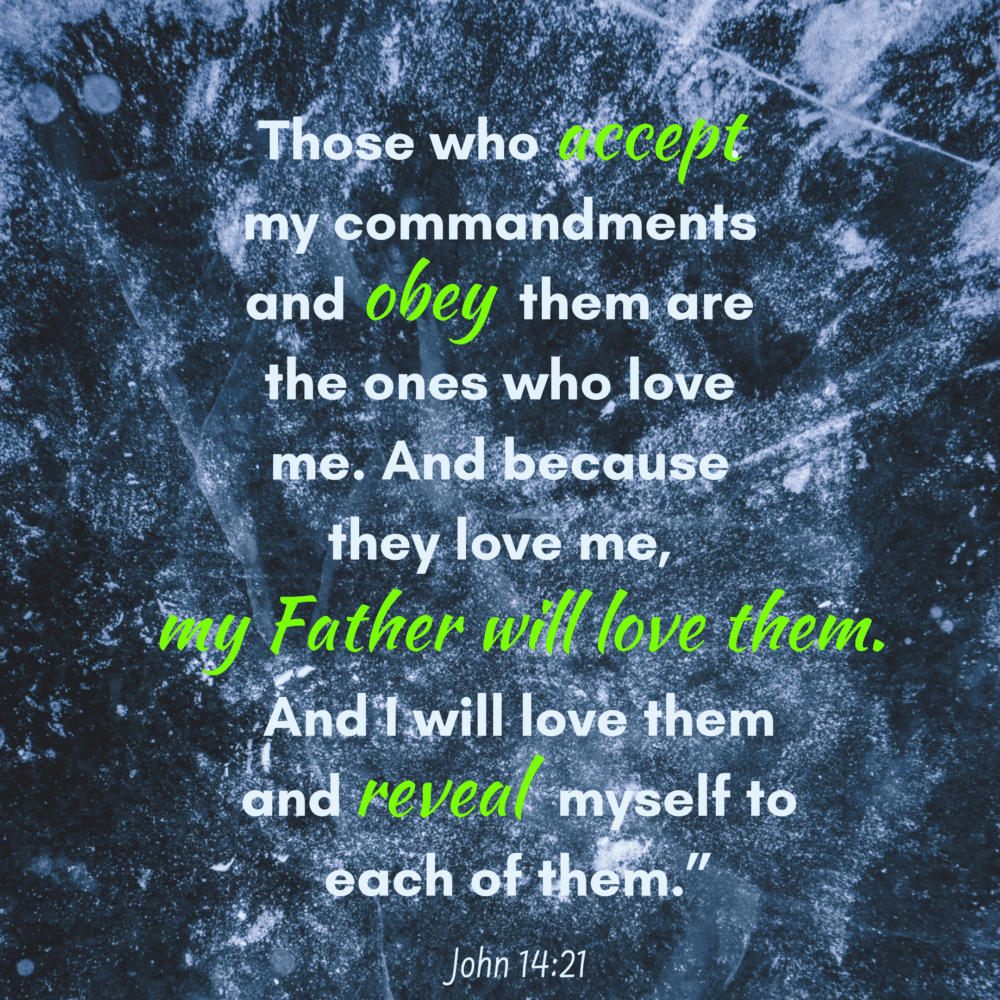 Have you ever listened to someone say they love Jesus, but then see them behaving as though they’ve never met Him?

Ever heard someone declare their love for the Lord just before they launch into their juicy gossip?

Saying we love Jesus isn’t enough. Not for Him. The way He knows we love Him is when we accept His commands and obey Him.

We don’t have much choice in accepting His commands, do we? I mean, they’re there. They’re commands, not suggestions, so we have to accept them, right?

In the military, accepting a command means hearing it and obeying it without complaint or revision. There’s no doing it partway, no leaving out the part the service member doesn’t like. Now, that person may do it with some inner grumbling, but they carry out their orders to the best of their ability.

I think Jesus is much the same as those officers handing down order, except He knows our inner thoughts. He knows if we’re complaining internally or trying to work ways around the parts of His commands that we don’t like.

I believe the one who truly accepts God’s commands is the one who fulfills that requirement without delay, without complaint, without questioning, and without revision. There is no wondering if he or she could just get by doing this part and not that in the heart and mind of the one who loves Jesus.

It’s important that we read the Bible for ourselves and learn what God tells us to do. Then, we who love the Lord will get right on that command, obeying it as written.

None of this “but He didn’t really mean…” That thought is what got Eve in trouble!

Let’s choose to back up our words (I love You, Lord) with our actions (unabated, unqualified acceptance and obedience of His commands).