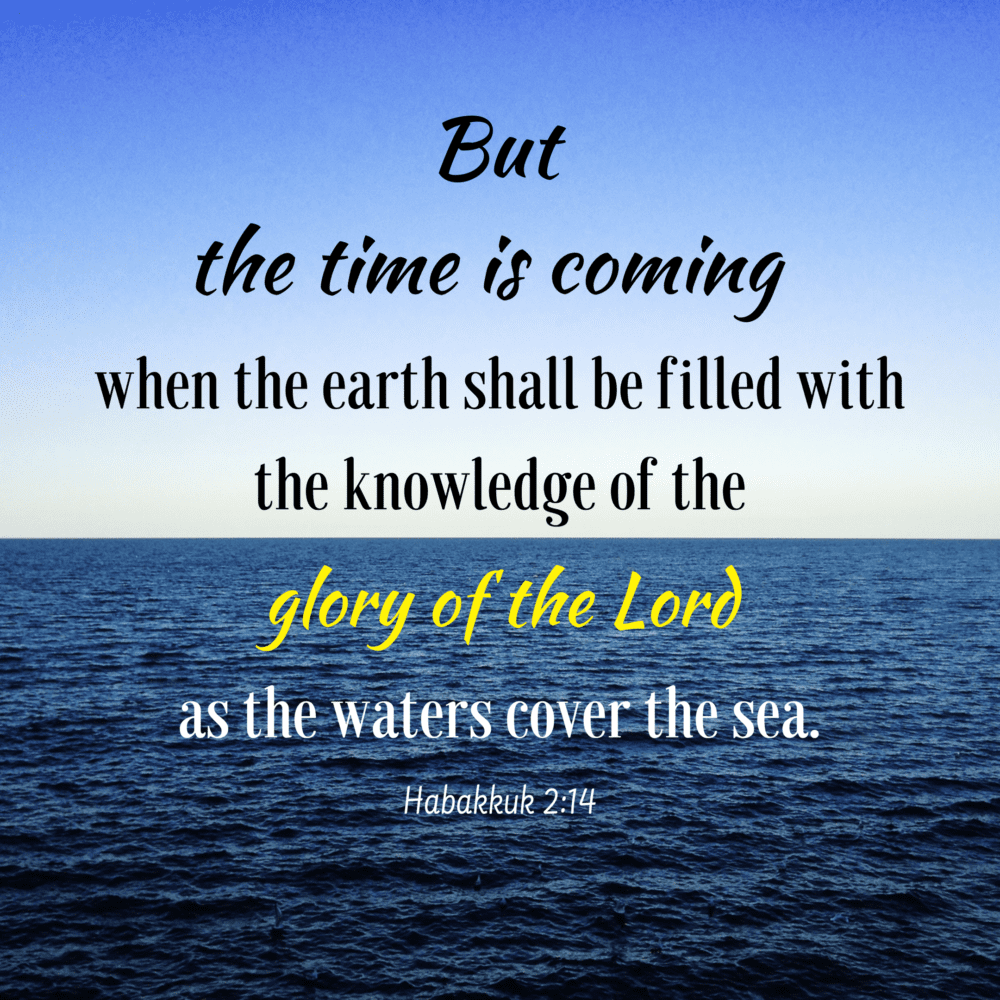 Habakkuk was prophesying about the Babylonian king and his people. They were so proud of their warring, their annihilation of nation after nation without acknowledging that YHWH had anything to do with it.

Through Habakkuk, God declared what was going to happen to the king and people of Babylon. He said that though their wickedness filled the earth, there was coming a time when the whole earth would be filled with the knowledge of the glory of God. Babylon would be a distant, irrelevant memory.

Back then, everyone feared Babylon. Their king was cunning and ruthless. Even though he had encounters God, he refused the relationship God offered him. He would do it all on his own. (Sounds like most two-year-olds I’ve known.)

Many times throughout scripture, God says He will not share His glory with another, and here He is showing what will come of this wicked king and his people who happily follow him. Their destruction would not be pretty.

God says that once that issue (Babylon) is dealt with, the knowledge of His glory would fill the whole earth as much as waters cover the seas. That’s pretty much complete, don’t you think?

I mean, the sea is made up of water, right?

In places the sea is shallow, yet it is covered by water. In other places it is so deep, it takes special equipment to dive into it – a human cannot dive without a submarine of some sort. That’s deep, y’all.

I think that’s the way this knowledge of the glory of God is going to be. Those of us who have known it all along and have sought Him will be those deep waters while those who are only just recognizing that truth will be the shallow water.

The neat thing about the sea is it’s movement. The deep waters are drawn into shore and the shallow waters are taken out into the deep.

Think about that a minute.

We who are strong followers of Jesus will be encountering those who barely know Him. We will encompass them and draw them into the deeper waters of the knowledge of His glory by teaching them and guiding them as they walk out their newfound faith.

Maybe we should start practicing that today. After all, Jesus said we would make disciples everywhere.

WRONG: God won’t put more on me than I can handle.