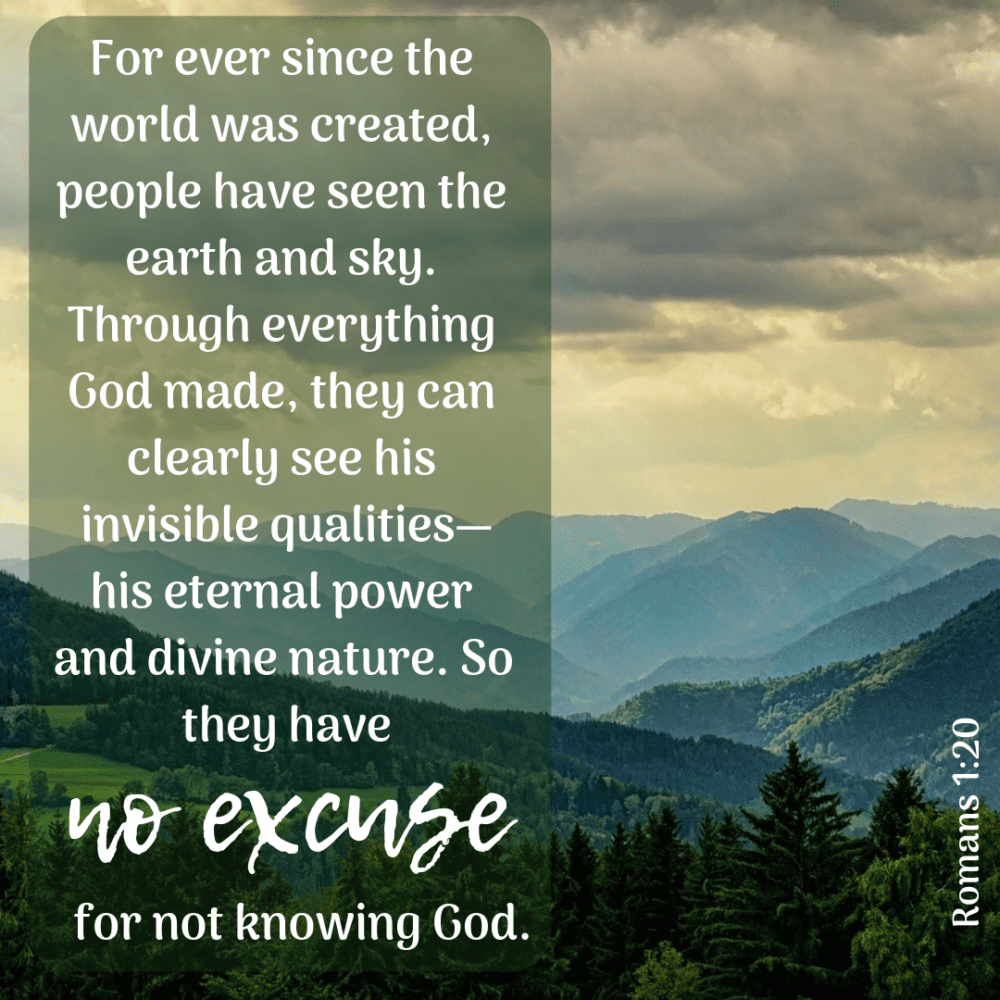 Through everything God made, people can clearly see His eternal power and His divine qualities.

Seems that God set it up so that we human folk could not miss Him. When we look at the vast skies filled with brilliant stars or floating clouds, we glimpse the Divine.

As a small child – before we even started attending church – when I would see the rays of the sun filtered through a cloud, I just knew God was right behind that cloud, those rays were His glory shining forth. How did I know that? No one told me. Yet I knew.

Mom would explain that was the sun gathering up water so it could rain. I accepted that, but I still believed it was the Almighty – even though I didn’t know Him.

Later I learned the science that explained light and prisms and water in the sky. To this day, though, when I see those rays, I imagine God close enough to earth to peek through the clouds I can see.

Humans have tried for millennia to discount the message of God’s power and divine nature in the earth and sky. Their explanations don’t negate the truth, and I believe our hearts know that.

I believe that God uses His creation to prove Himself to His creation. He knows faith is hard. That it’s difficult to trust in something you never see. He made a way that we could see the grandeur of His creation and gasp in awe of its magnificence, our thoughts moving toward the realization that an incredibly powerful and divine Creator did all that.

We know deep down
that it didn’t just happen.

I think God did that so mankind would notice that He exists and begin the search for Him.

No excuses. We know.

There are people all around us who know God through the earth and sky. We who have that personal relationship with Him should be aware of them and usher them into the Kingdom so they will enjoy the same eternal life we know.