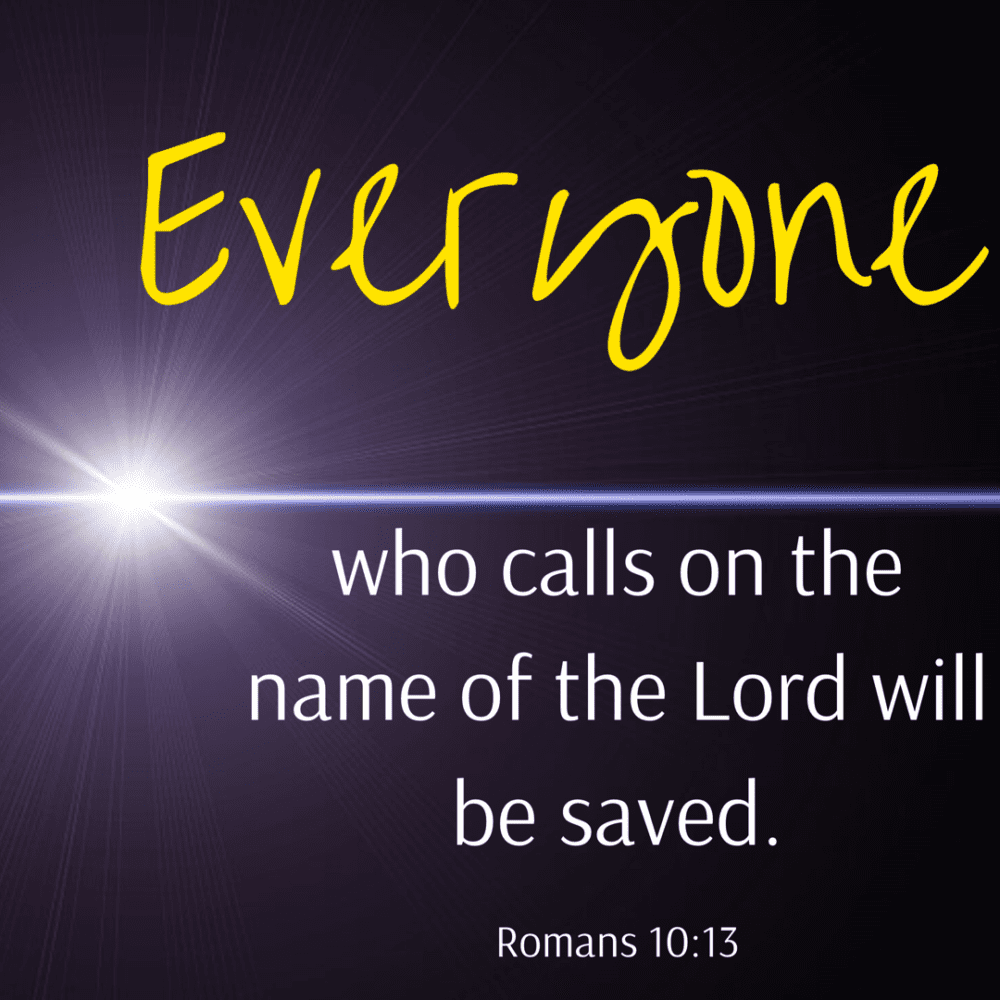 Everyone who calls will be saved?

Whazzat mean? Saved from what?

The Amplified Bible expands the English to include the fullness of the Greek, “For everyone who calls upon the name of the Lord [invoking Him as Lord] will be saved.”

Paul knew the Tanakh, the Jewish Bible. He had studied the words of Joel and here, under the guidance of the Holy Spirit in this letter to the believers in Rome, he repeats them.

This doesn’t mean the quickly tossed cry of panic when a horrid situation engulfs. It’s not the “Jesus, take the wheel!” scream in a moment of fear.

This means surrender. The moment when we recognize that we really aren’t cutting it as the lord of our lives, and we turn that job over to the Lord Jesus. It’s that crying out for rescue from sin that holds us and leads us toward God’s wrath.

It’s what Easter and
Passover are all about.

As we consider Jesus’ death, burial, and resurrection, let’s remember the why behind them: US.

God loves us so much! He doesn’t want us to suffer the eternal penalty for our rebellion against Him, so He came to take those sins on Himself and die in our place. But that wasn’t enough to secure our eternity. He was placed in the grave. He endured that complete separation from the Father.

And finally, He got up.

He left the clothes of death in the place of death and walked away. He defeated that eternal death for us, once for all time so we don’t have to spend one moment separated from the Father.

If you have never called on the name of the Lord to invoke Him as Lord over you and your life, I pray you’ll do that today. Right now.

If you have called on the name of the Lord to invoke Him as Lord over you and your life, I invite you to revisit that decision. Look again at the eternal condemnation He rescued you from. Realize what separation from God looks like and choose Him again. It’s not a renewing of salvation, it’s taking a moment for understanding and gratitude for the rescue.