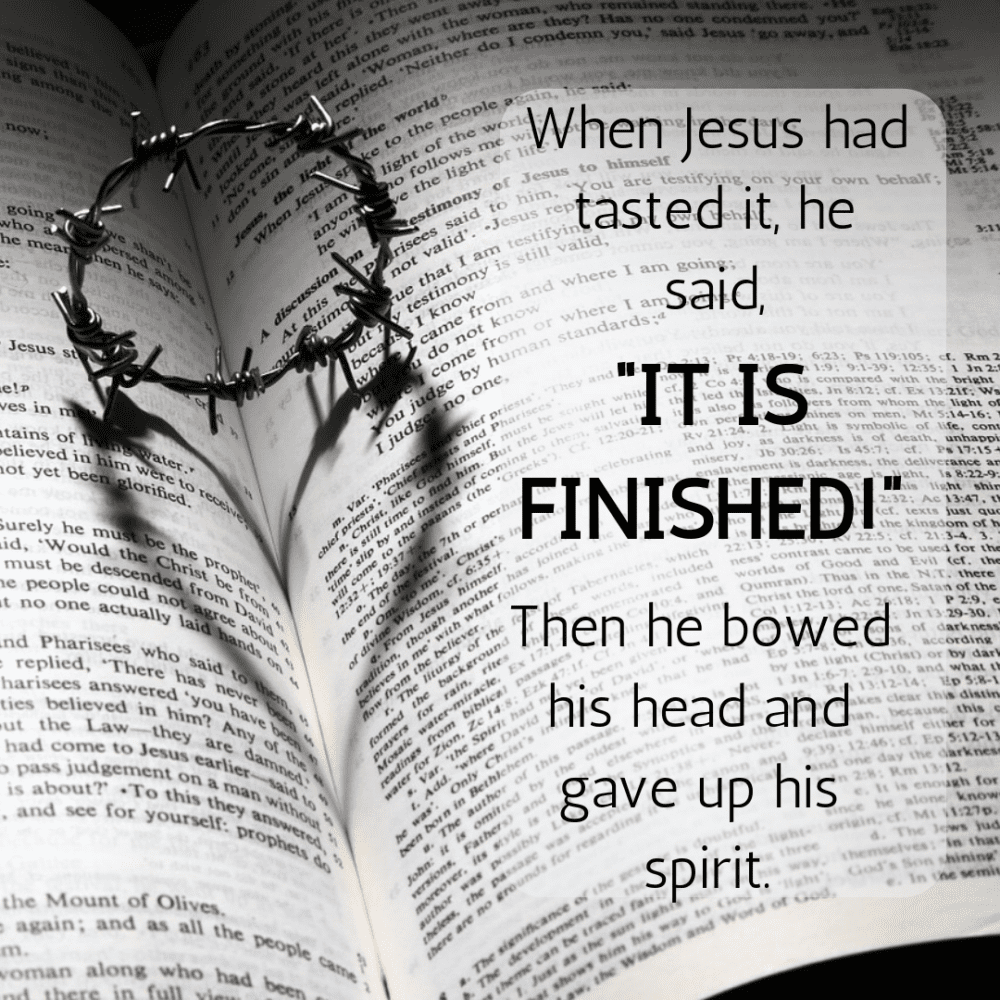 On that day, that gory, horrible day, Jesus endured pain most of us have never considered.

His day started the day before. He had had no sleep, no rest. His unlawful trials held at various places all happened overnight.

He felt at least 39 lashes of the scourge that ripped his skin away and tore at his muscles, such that he was unrecognizable as a man.

He was mocked mercilessly.

He was stripped of his clothing.

He felt the beam of the cross laid across those raw shoulders.

His hands and feet were nailed to the cross with spikes large enough to hold His weight suspended on the wood.

About noon, the earth responded. A thick, can’t-see-your-hand-in-front-of-your-face darkness fell across the land. The earth shook. Graves opened. The ten-foot tall, layers-thick temple veil tore completely in two, from top to bottom.

After about three hours, Jesus declared, “IT IS FINISHED!” His suffering was done.

Then He gave up His spirit. No one took His life. He freely gave it, knowing it was the only way you and I could be reconciled to God.

Let us deeply consider the cost of our salvation today and begin to make the daily choices to live in a manner worthy of our God who walked that path so we don’t have to.