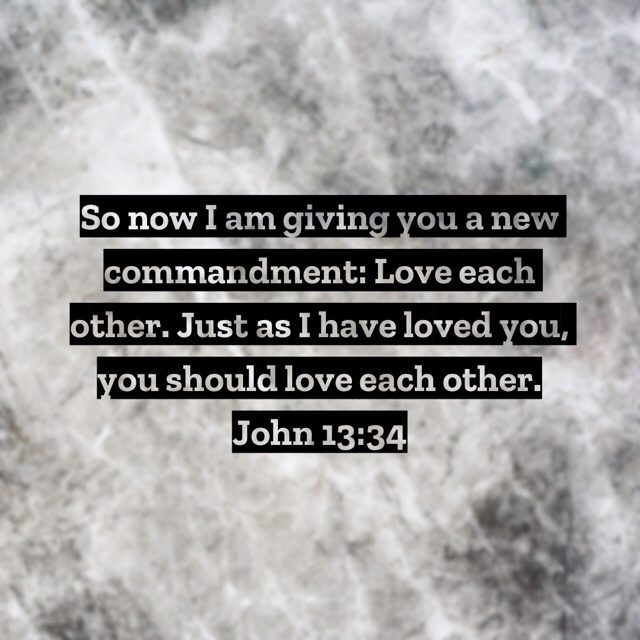 Jesus was talking to his followers, believers, a fairly large crowd of people who were looking for something new, something more than the life of rules and laws and oppression – from their religious leaders and the government.

Some had no clue what that meant as far as their own thoughts and behaviors, they just wanted freedom.

Jesus told them there was more. That they were to also love one another. That the one-another love He was commanding was His love. He was calling the townspeople to love the shepherds and the upstanding to love the lowly.

In this verse and the next, Jesus was telling believers then and now two major things about this one-another love:

See, people who are not believers watch those who say they are believers. Closely. They either want a reason to believe or proof as to why they never would.

In my mind, this is what
separates
the church attender
from the true believer.

According to Jesus, we who follow Him are to love those believers who look different than us. Tattoos, dirty, clean, piercings, tan, pale, ancestry, makeup, no makeup, more clothes, few clothes…

We’re to love those believers who think differently than we do: Catholic, Protestant, uncertain, conservative, liberal, Coke, Pepsi…

We’re to love those believers who have offended us and hurt us. (Hear me, sometimes that means loving them from afar without communication, with love that refuses to belittle or denigrate them.)

We’re to love our spiritual brothers and sisters through support – physical, mental, emotional, and spiritual, instead of pointing fingers, calling names, and vilifying.

Sadly, there’s an adage that says the Christian army is the only one that shoots its own wounded. We’ve earned that distinction. That behavior is absolutely against what Jesus said and every one of us who have done it have some confession and repentance to take care of.

It’s time we make the determination to do what Jesus said: love one another. Whoever that person is that says they are a follower of Jesus, love them. PERIOD.

And when we get this right, people will know beyond the shadow of a doubt that we belong to Jesus.

Don’t we all want that?